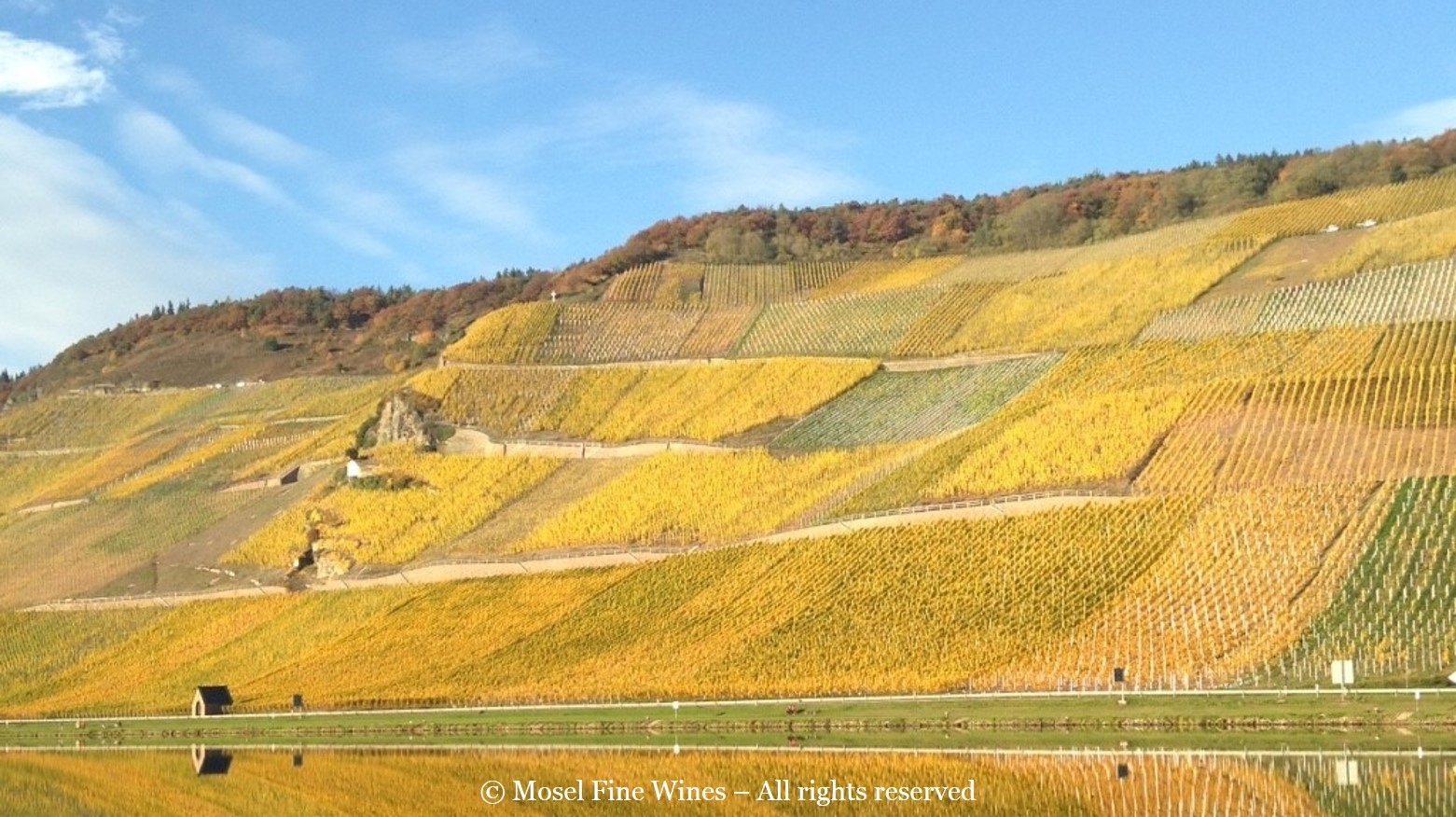 How great is 2015 in the Mosel? After tasting over 600 wines, here a differentiated take on the vintage with clear buying advice.

Rarely have we seen so much anticipative raving from winemakers, grower associations and merchants alike than for the 2015 vintage. Comparisons were made with some of the greatest vintages ever, including with the magical 1971. The ludicrous rule “If Bordeaux has a good vintage, Europe has a good vintage” added a few gallons of fuel to the heat among wine lovers. The result: Some readers were already asking us about the new vintage by February!

So, is there some truth in all the hype surrounding the 2015 vintage? Is its status justified? The answer is “Yes ... but.” Here the key facts in a nutshell.

An average winter led to a bud break in line with long-term averages but later than in 2014. Changing weather in June led flowering to be split into two – the better-exposed sites flowered before mid-June, the others two weeks later.

A defining factor of the vintage proved to be the scorching hot and dry summer which led to some water stress but above all delayed ripening. An unsteady September put the nerves of winemakers to the test as they feared a remake of the difficult 2014 and 2006 harvests.

Fortunately, a glorious month of October with dry, sunny and cool weather gave the winemakers near ideal harvest conditions. The cold weather in October meant that sugar levels were good to high, but did not shoot through the roof like in 2005 or 2003. It also kept acidity levels on the high side throughout the harvest.

Finally it gave winemakers the time to bring in fruit suited for all stylistic directions. A spell of cold weather in January 2016 even allowed for some Eiswein, of which however hardly any was eventually bottled.

2015 is characterized by a unique combination of ripe fruit and zesty acidity, making its wines highly appealing and very easy to understand.

The unique combination of ripe yet clean fruit and high acidity makes for some comparisons with 2012, 2009, 1990 and 1975, but all with provisos, as none of them fully captures the “core of ripeness pepped up by freshness and zest” of 2015.

The bulk of the grapes was harvested at good to high levels of ripeness (i.e. Spätlese / Auslese levels) with high levels of dry extract, often giving the wines richness and power. As a result, the cooler Saar and the Ruwer yielded crispier wines than the Mosel.

The good harvest conditions allowed for a good set of Auslese, BA and even TBA wines being made despite any wide presence of botrytis.

After two difficult vintages (2014 and 2013), yields are essentially back to those of a normal vintage, except in the Ruwer.

The sweet spot of the vintage is clearly the Spätlese / Auslese category, which includes some of the most exciting we have ever tasted. For these wines, the vintage fully deserves its status as "vintage of the century."

However, 2015 is not a light vintage: Those in search of 2008 / 2004 crisp lightness should back buy the best 2014s, which are stunning (as we expected)! Savvy buyers should nevertheless focus on 2015 Kabinett wines as these often prove stunning Spätlese …at a fraction of the cost.

Estate wines have also turned out exceptionally well in 2015 and are worth the plunge, even for cellaring.

There are some exciting dry / off-dry wines in the making, but caution is needed as alcohol can be on the high side.

All in all, there is much to choose from in 2015, which, at the top, proves a great “Land of Plenty” vintage for Mosel wine lovers!

A detailed report of the above summary, complemented by 20 detailed Estates reviews and over 370 tasting notes, was published in Mosel Fine Wines Issue No 31 (Jun 2016) which covers Part I of our extensive 2015 Mosel Vintage Report.

All articles on Mosel vintages >>>