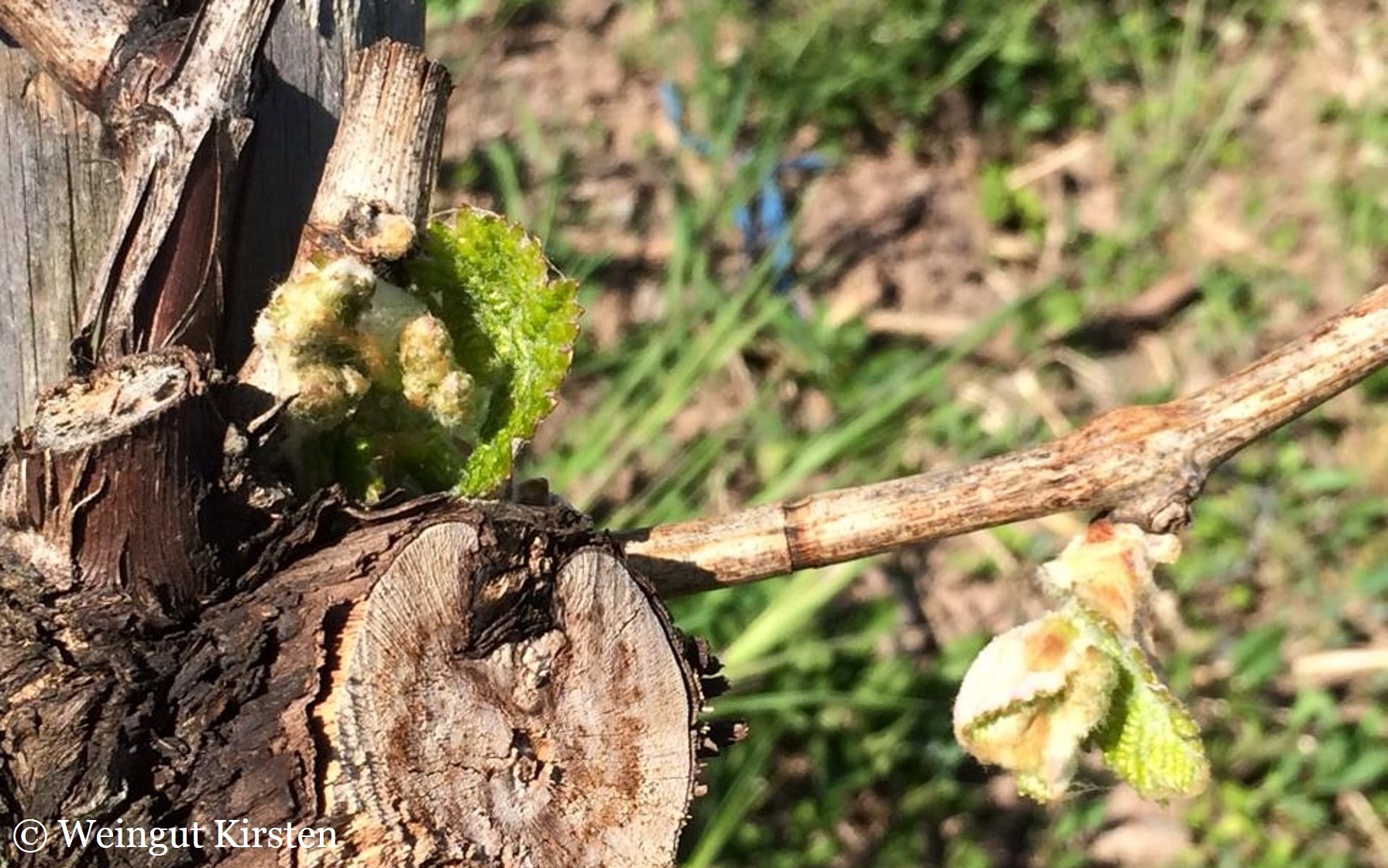 Mosel Vintage 2015 | Budbreak is there

Every year, the same miracle: bud break! Is 2015 early or late? We asked a few winemakers.

We now get reports from throughout the Mosel-Saar-Ruwer region that bud break is in full swing: Here a picture taken end of April of bud break on a century-old vine (planting year: 1904!) in the Longuicher Maximiner Herrenberg tended by the Weingut Kirsten in Klüsserath.

How early is 2015 Budbreak in the Mosel?

Bernhard Kirsten mentions that 2015 budbreak may be early by any old Mosel vintage standards but it is pretty much within the norm of the last decade, possibly slightly earlier. Christian Hermann from the Weingut Dr. Hermann goes along the same line, pointing out that 2o15 budbreak is in no way as early as in 2014.

So while we are going to taste the 2014 Mosel Riesling in the coming months, nature has already started the 2015 Mosel vintage season!