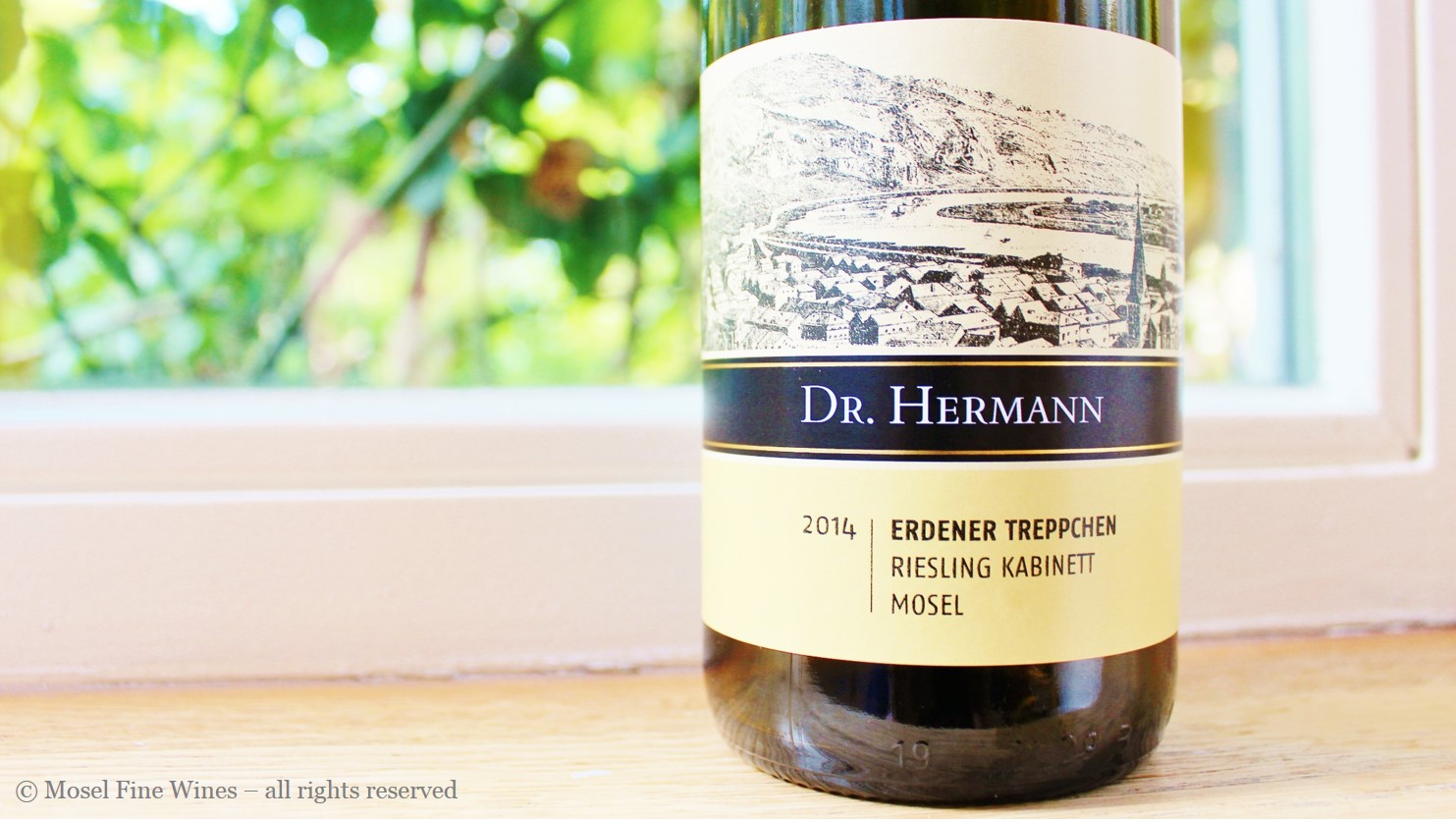 2014 yielded some stunning Kabinett wines, including this special cask by the Dr. Hermann Estate. Christian Hermann provides some background.

The Mosel Vintage 2014 proved a remarkably contrasted vintage with true strokes of genius right next to the ordinary (to remain polite). Never have we experienced such a huge diversity in quality and style as in 2014.

But the vintage had one major strength, at least for the successful ones: It produced some stunning Kabinett wines, which are among the finest since the 1990s. This includes a special cask of Erdener Treppchen Kabinett by Weingut Dr. Hermann, which is just simply stunningly playful and deeply complex.

The Weingut Dr. Hermann has made a name for itself for its stunning luscious dessert wines, in particular but not only out of the Erdener Prälat (see for instance the 2012 Dr. Hermann Erdener Prälat Auslese GK which we highlighted as Wine of the Month two years ago). Also in 2014, the Estate gambled on better weather and was able to produce no less than two BA, two TBA and two Auslese GK!

The Estate owns a series of prime parcels in the original, steep hill part of the Erdener Treppchen. One part is situated in the former Erdener Herzlei, which Christian Hermann had registered as Katasterlage. 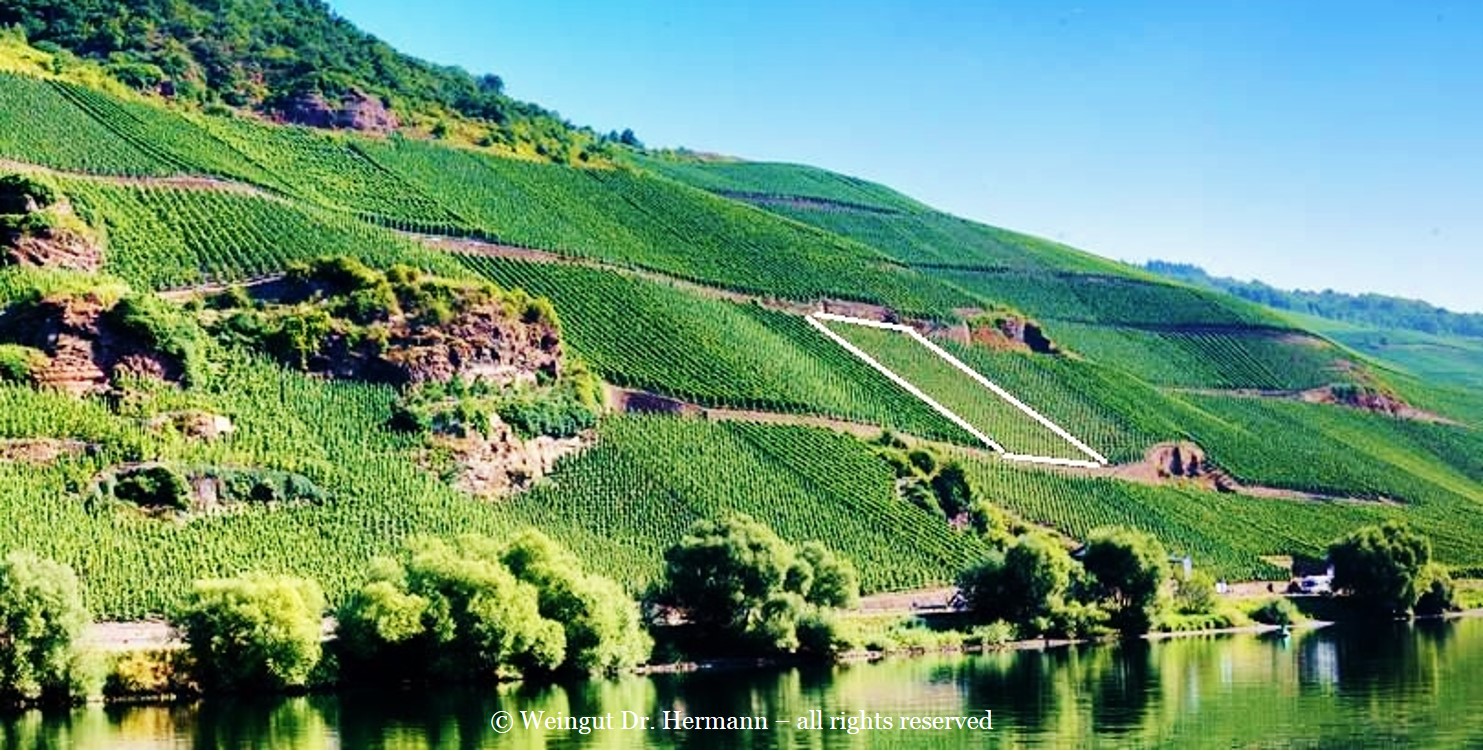 In 2014, Christian Hermann decided to handle the produce from this privileged plot separately: “My favorite style is actually Kabinett because it conveys best the finesse of a terroir. So I decided to have a go at making a wine as pure as possible, from a prime parcel, with low Oechsle, spontaneous fermentation, no fining, etc.”

He painstakingly selected clean grapes which he then fermented in old traditional Fuder (the Estate usually ferments its Kabinett wines in stainless steel to increase the crisper side of the wines) and bottled this wine separately from its “regular” Erdener Treppchen Kabinett: The regular Erdener Treppchen Kabinett carries the AP 4 and this special cask has the AP 6 (we published an article on how to read AP numbers recently should you wish to freshen up your knowledge on this topic).

The result is simply staggering and one of the highlights of the vintage and well worth the search: It is that good and has immense aging potential!

A review of the 2014 Dr. Hermann wines can be found in Part I of the 2014 Vintage Report published in Issue No 28 (June 2015). This Issue is available to subscribers on simple request. Not yet a subscriber? You can become one, free of charge, by simply registering yourself here below.

The Erdener Treppchen Kabinett AP 6 was made from a selection of clean fruit harvested in a prime Class I sector of the Treppchen (known locally as Kammer) and fermented in a traditional Fuder. This wine is completely insane. A concentrate of flavors including clean juicy white and yellow peach, lime, pear and brown sugar jump out of the glass and woo for attention. The wine is as light as a feather on the palate, with juicy acidity even intensifying the aromatic complexity and the finish is razor sharp, focused and long. This completely defies logic and is a stunner of an “old-style” Spätlese-styled wine in the making. What a wine! 2024-2044

See all other wines of the month >>>