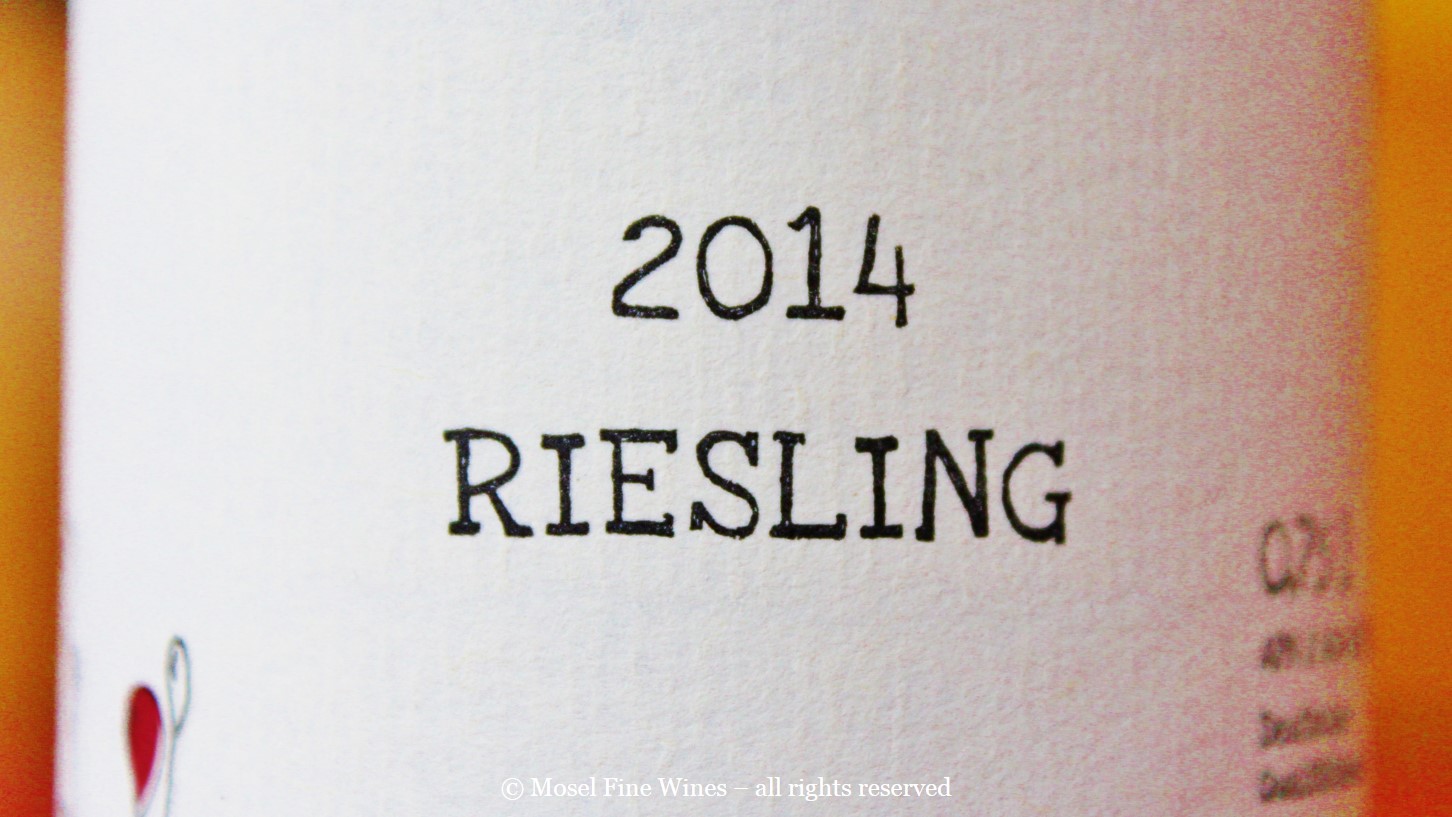 2014 proves a highly heterogeneous vintage with strokes of genius next to the very ordinary. Here a summary and some buying advice.

After a remarkably backward yet electrifying 2013, 2014 proved another roller-coaster of a vintage. "2014 was made in the vineyard", a quote by Egon Müller summarizes the vintage remarkably well. The weather conditions before and during harvest required making choices, being ruthless in the selections and keeping the harvest teams motivated in spite the adverse conditions.

The result is the most inhomogeneous vintage we have ever experienced, a top to bottom Riesling vintage, not only figuratively but also literally, with strokes of genius sometimes right next to the very ordinary (to remain polite).

A remarkably warm and dry winter led to a brutally early start into the 2014 season, with bud break well ahead of long-term average. A good and dry spring allowed for a record early and quick flowering, which raised expectations of a good and plentiful harvest. The summer was cooler and rainier than usual, which slowed down the ripening process. A dry and very warm September allowed the grapes to mature rapidly and evenly and some makers started their harvest by the end of month. The turning point of the vintage was the heavy rain around October 7-8, which played havoc with the already ripe and soft skinned grapes. However, the rain had far less impact in the Saar and the Ruwer than in parts of the Middle Mosel and the Terrassenmosel. Nevertheless, winemakers hurried through their harvest and had to make choices about what to focus on (with few going for Auslese / BA / TBA despite the botrytis). As a result, a wide range of styles emerged in 2014 and (valid) comparisons have been made with ripe vintages as well as zesty ones! 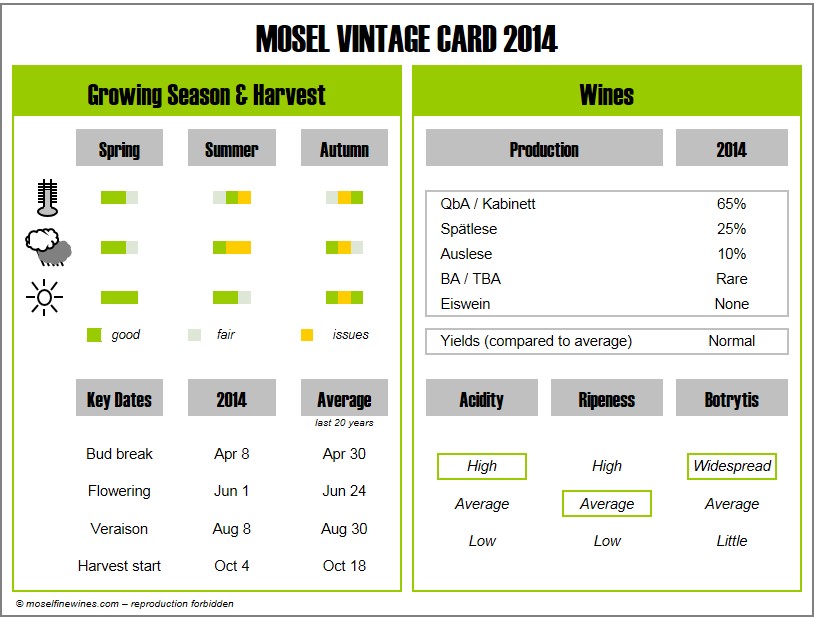 The quality of the wines varies hugely in 2014, even within collections, even at leading Estates. The wines made from clean fruit show absolutely classic flavors of apple, grapefruit, peach and herbs, underlined by playful to firm acidity and an ethereal lightness probably not seen since the 1990s. Others develops a surprisingly aromatic, “orangey” or “rose-watery” side, sometimes paired with coconut or saffron. Unfortunately, many wines prove to be affected by some form of acetic acidity and / or off-flavors of mushroom and bitter almond. Overall, Saar and Ruwer wines show cleaner flavors (often paired with higher acidity) than Middle Mosel and Terrassenmosel ones. The bulk of the production was made with refreshingly low sugar levels (i.e. QbA / Kabinett or Spätlese levels). Little Auslese / BA / TBA was made. Yields proved much better than 2013 and are often near normal.

Generally speaking, buying blind is suicidal in 2014 as quality varies so widely, even within collections. In addition, one should rely on a clear description of any wine before buying, as aromatics vary hugely, from fresh to exotic or baroque.

Overall, the Ruwer and Saar have the edge over the Middle Mosel in terms of consistency but not necessarily at the top. The Terrassenmosel produced some great wines, but double caution is required.

A detailed report of the above summary, complemented by 20 detailed Estates reviews and over 250 tasting notes, was published in Issue 28 which covers Part I of our Mosel Vintage 2014 Report. Not yet a subscriber? You can become one free of charge by simply registering online here below.