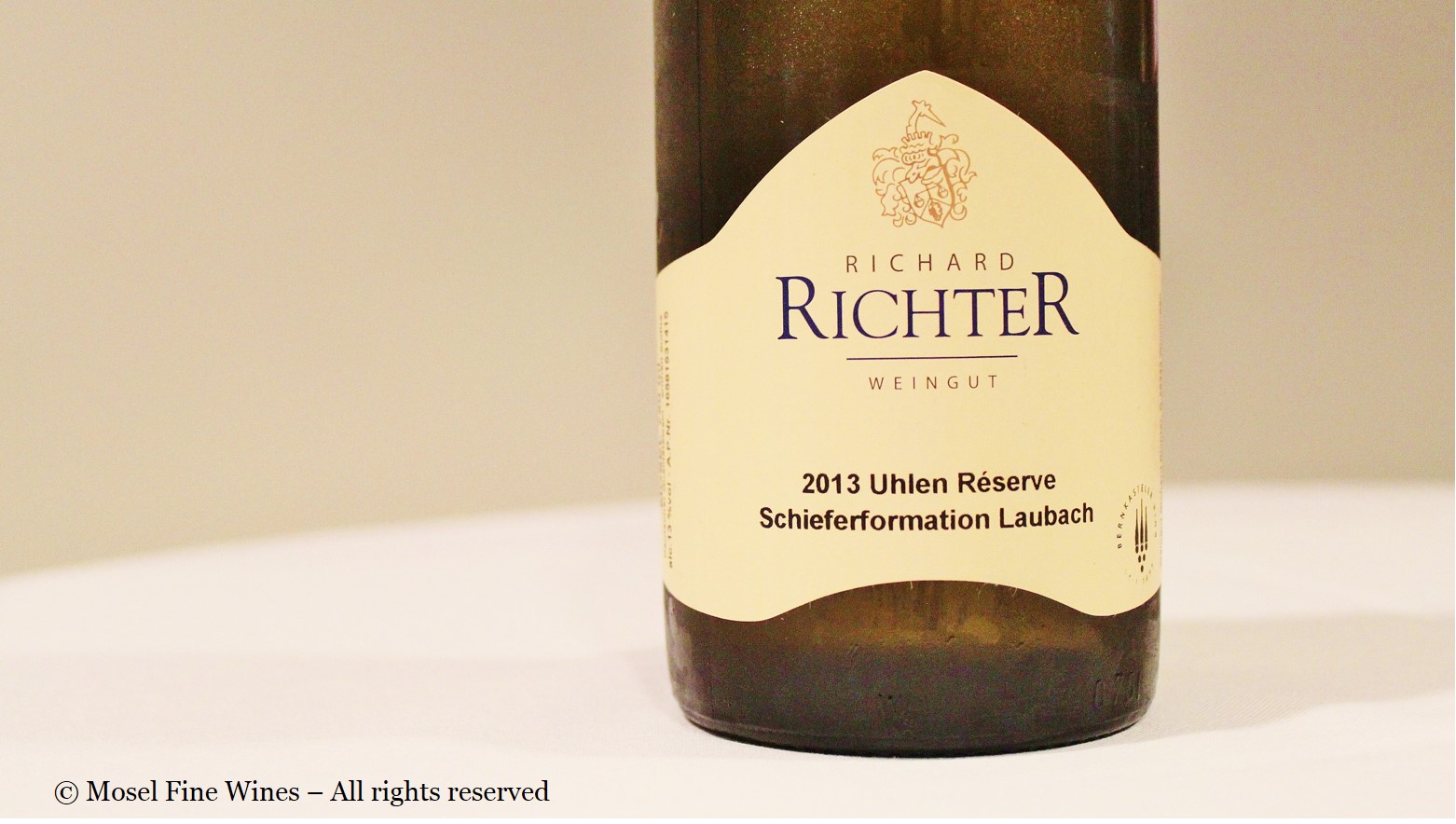 This dry-tasting Riesling was one of the highlights of the Bernkasteler Ring Auction 2015. Never heard of Richard Richter? Here some information on wine and Estate.

Every year, member Estates of the Bernkasteler Ring sell some of their most prized wines via an Auction held in Trier. This year's Auction held on September 17, 2015 yielded many gorgeous and affordable wines, among which the 2013er Winninger Uhlen Réserve Schieferformation Laubach by Weingut Richard Richter.

Weingut Richard Richter is a 7 ha winemaking Estate based in Winningen with holdings in all the main vineyards of the village, including in Uhlen, Röttgen, Hamm and Brückstück.

The name may probably be unknown to many and yet its history goes back to the early 19th century. It was already a well-established winery by the late 19th century, selling wines under its own name. It joined the Bernkasteler Ring last year.

The Estate’s holdings include some prime parcels in the Winninger Uhlen, namely in the so-called Laubach sector. This refers to the central part of the vineyard which lies on the Laubach slate, a very specific type of slate with an unusually high (25-40%) calcareous content. 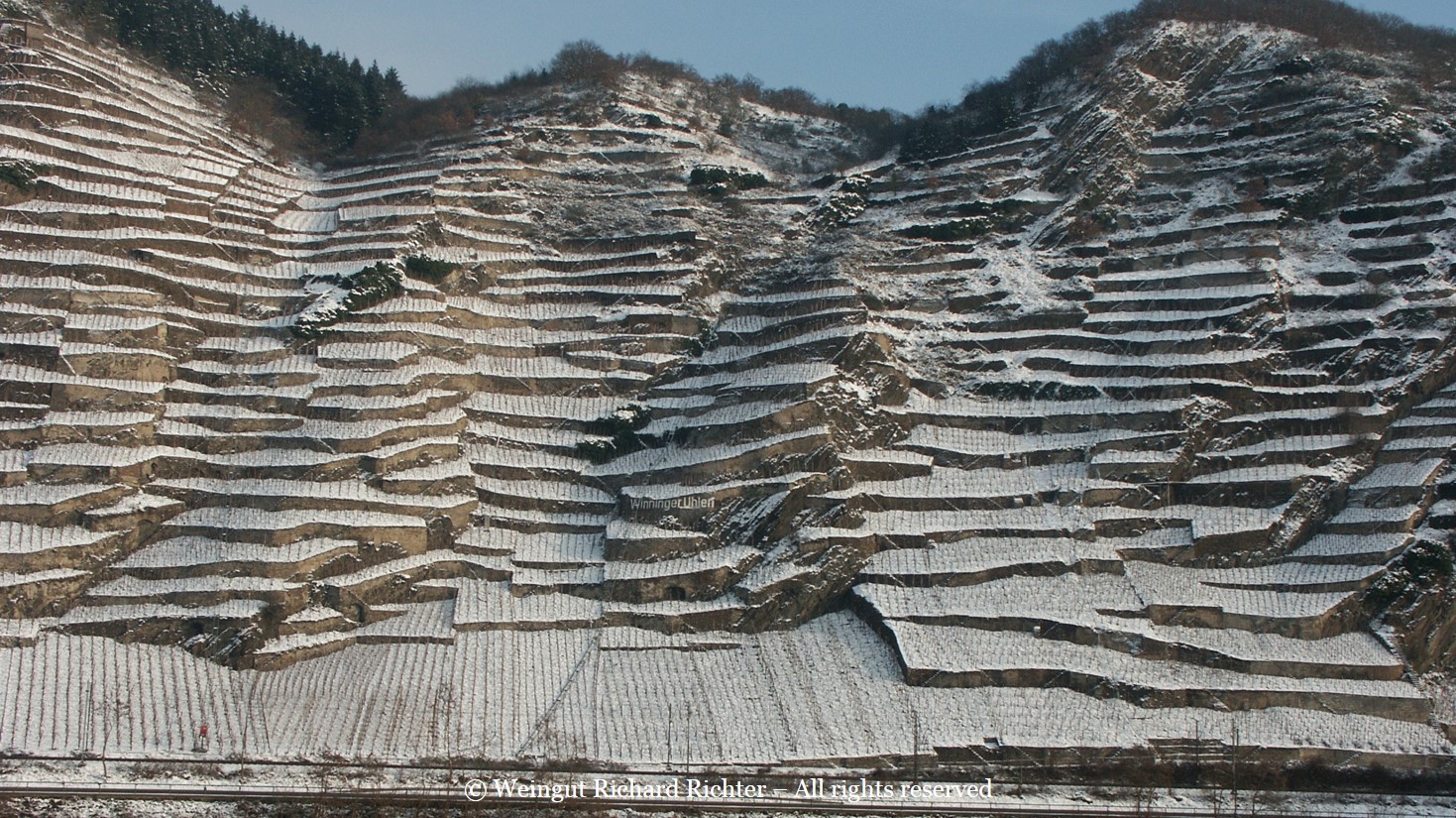 The stunning 2013er Uhlen Réserve Schieferformation Laubach was harvested late (on November 1) and fermented with ambient yeasts in used barrique (11th vintage!) and left on its lees for 18 months before being bottled in May 2015. The resulting wine is dry-tasting in style (as it stopped its fermentation naturally with 13 g/l of residual sugar). So except for the barrique element, this is as close to old winemaking as can be!

The stunning 2013er Réserve went for a very reasonable €23 (excluding commission fees, shipping costs, import duties and sales tax). It proved one of the more exciting wines on offer at the Auction (detailed tasting notes for all wines auctioned off can be found in our Guide to the Bernkasteler Ring Auction 2015).

A review of the 2013 Richard Richter wines can be found in Part I of the 2014 Vintage Report published in Issue No 28 (June 2015). This Issue is available to subscribers on simple request. Not yet a subscriber? You can become one, free of charge, by simply registering yourself here below.

Tasting Note | Extract from Guide to the 2015 Bernkasteler Ring Auction

This was harvested on November 1, fermented with ambient yeasts in old Barriques and only bottled in May 2015 (hence the late AP). Slightly green in color with still some CO2, this offers a very primary and aromatic nose with bergamot, anise, yellow peach, pear and prune. The wine offers a superb structure and is very well balanced on the palate. The finish is intense, clean and very long, with just a touch of power coming through in the after-taste. This is a very impressive and attractive dry-tasting wine made in a slightly forceful but very balanced style. 2016-2023

An introduction to the Auction Auctions in Trier

Guide to the Bernkasteler Ring Auction 2015 >>>

Overview of all wines of the month >>>

Overview of all auction-related posts >>>