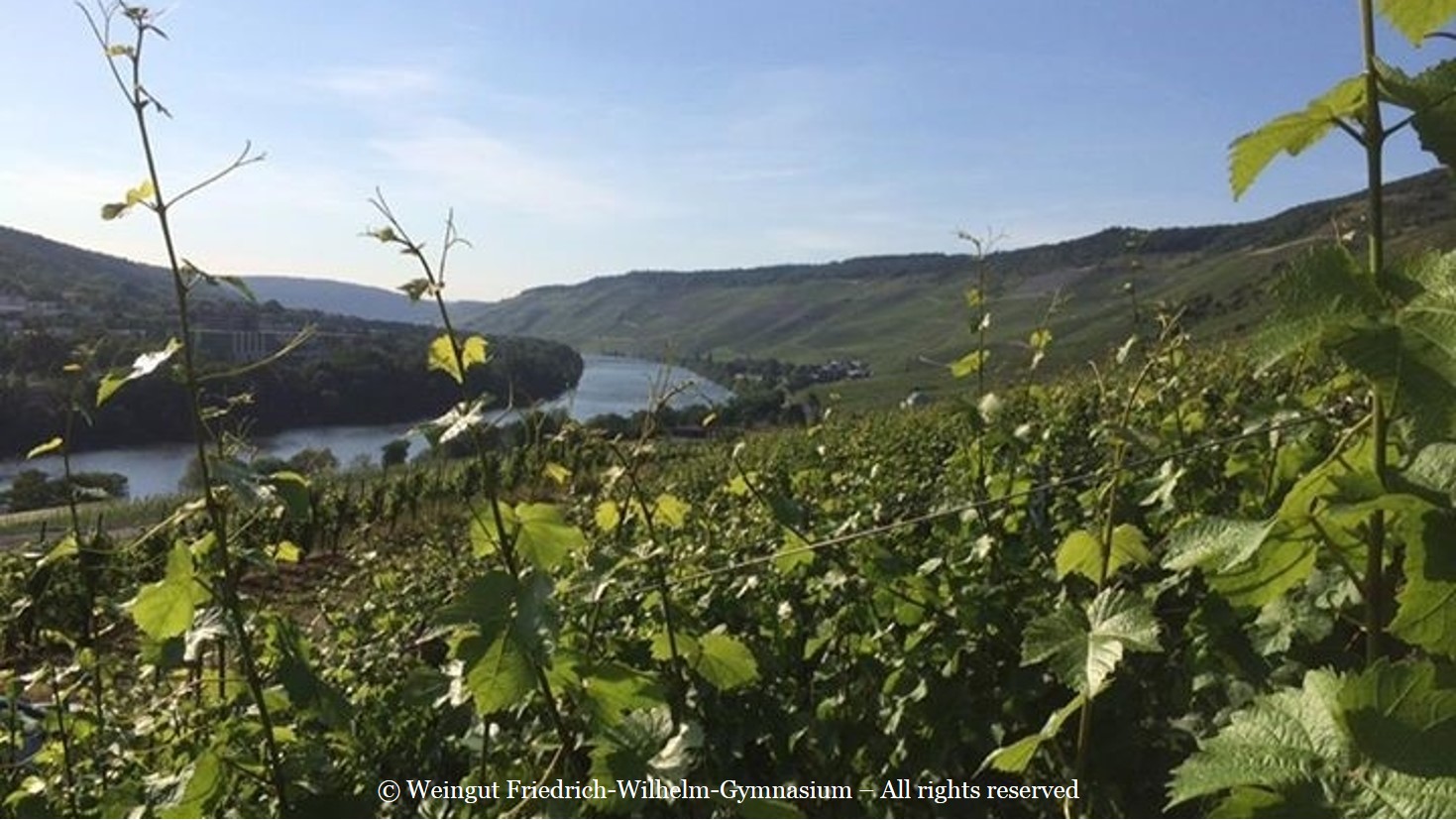 2014 Mosel Vintage | Flowering is over

Flowering in the Mosel is quite early in 2014, a result of the early bud break.

Flowering is now essentially completed in the better vineyards of the Mosel, as can be seen on the picture from the holdings in Graach of the historic Friedrich-Wilhelm-Gymnasium here above.

Last week proved much of a roller coaster (with loads of thunderstorms warnings for Germany) as it followed some of the hottest weather ever recorded for early June.

Fortunately, to the best of our knowledge, nothing serious happened in the Mosel region and the good weather proved ideal for an even and good flowering, which proves however rather early.