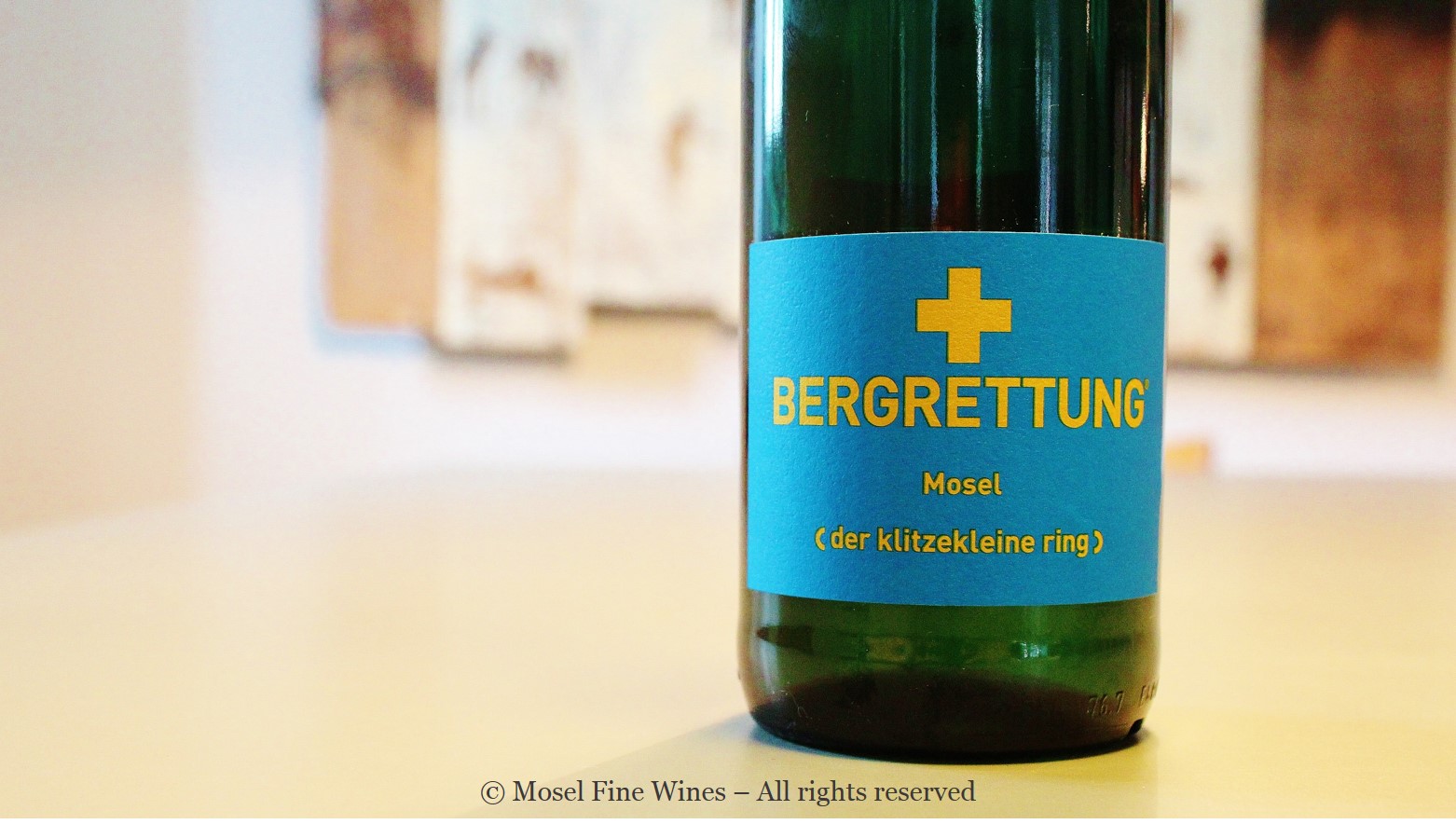 This month, we highlight a gorgeous Spätlese from the Bergrettung project aimed at rescuing old vineyards under threat of being abandoned. Here is the story.

The Klitzekleiner Ring is a grower association which regroups ten Estates based in or around the town of Traben-Trarbach, in the Middle Mosel. Members include Daniel Vollenweider (Weingut Vollenweider) and Alexandra and Konstantin Weiser (Weingut Weiser-Künstler), whose 2008 collections were extensively reviewed in our Issue No 8 (Jun 2009).

The Bergrettung project (which means 'mountain rescue' in German) was launched by this grower association in 2006. Its first task was to rescue a prime parcel planted with old vines in the Enkircher Ellergrub, which was at risk of being abandoned. Three vintages were produced, 2006, 2007 and 2008. 2008 completed this project successfully: The parcel was taken over by a local grower and is now definitively saved

The Bergrettung project lives on however: In 2009, the Klitzekleiner Ring took over another "vineyard at risk", namely a parcel in the Trabener Zollturm.

Two Bergrettung bottlings were produced in 2008: a Kabinett Feinherb (off dry) and this fruity-styled Spätlese made by young stars Alexandra and Konstantin Weiser from Weingut Weiser-Künstler. Prices are not on the shy side, but this Spätlese more than justifies its price tag!

The wine initially offers very fine yeasty notes which give way to yellow peach, pineapple and spices with some airing. This Spätlese is superbly playful and zesty, with some mid-palate weight thanks to a small amount of botrytized grapes which add some creaminess and roundness. The finish is however precise, crystal clear and long. This is superbly well-made and a great success in 2008. 2014-2028

Read about the Tafelrunde 2014, the annual event by the Klitzekleiner Ring >>>

Discover another wine made by the Weiser-Künstler Estate >>>

See recent wines of the month >>>