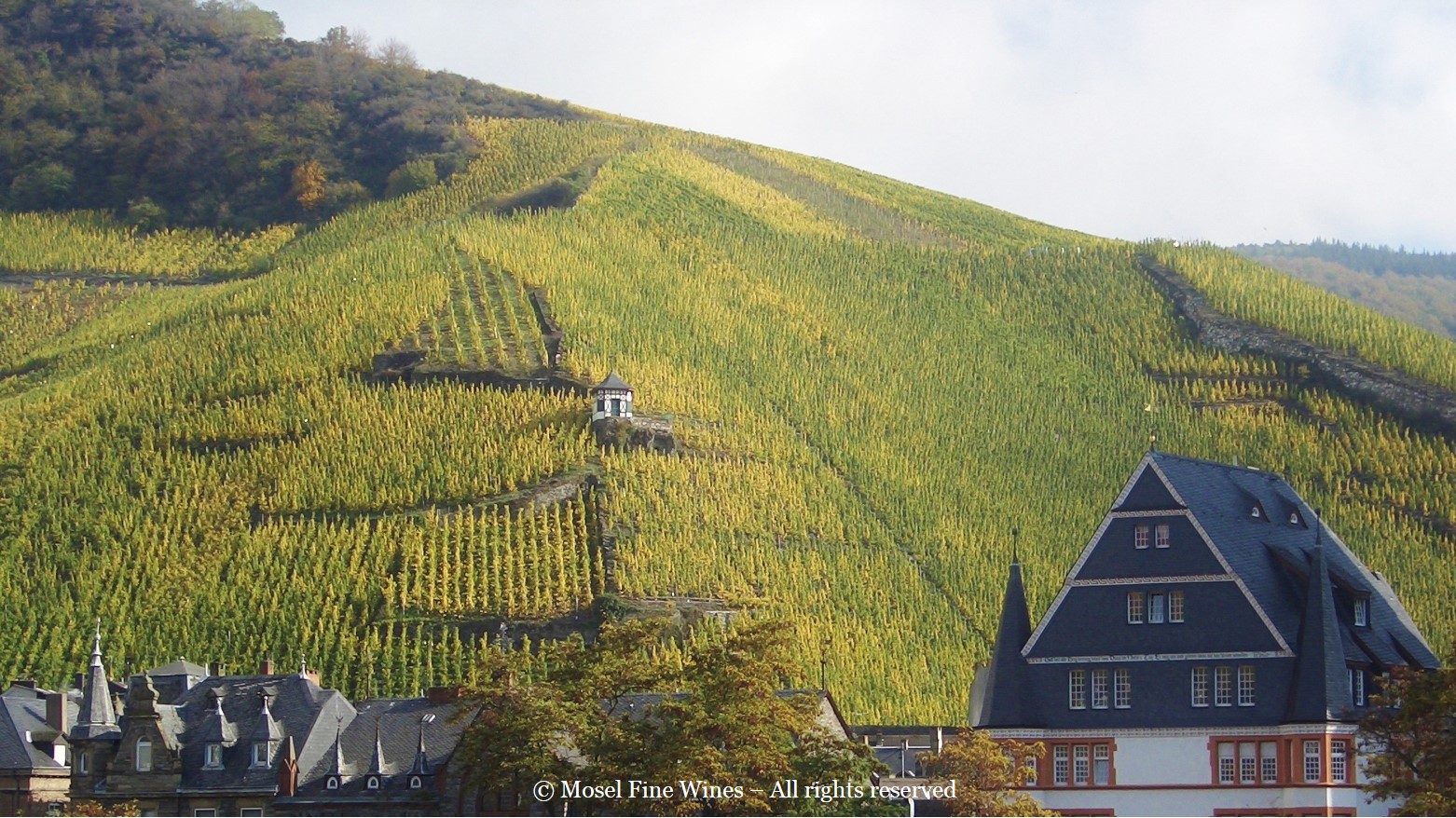 New growers in the Bernkasteler Doktor

Flashback. 1900. Julius Wegeler, co-owner of Deinhard Winery in Koblenz, just sent a telegraph back to his office:

"Acquired parcel in Berncasteler Doctor from Kunz for 100 Reichmarks per vine. Hope it is ok with you. Swift action was needed.”

100 Reichmarks per vine: What does this mean? Well 100 Reichsmarks is about €1,000-4,000 in today’s money (depending on how one does the comparison). Planting at the time was done at high density, approx. 10,000 vines/ha. In other words, Wegeler had just acquired a vineyard for the equivalent of a staggering €10-40 million / ha in today's money.

Why was the Doctor vineyard such a myth? The answer is pretty simple. Doctor wines were among the most prized (and hence expensive) wines in the world. The demand for Doctor wines was such that all Doctor casks sold at incredibly high prices. For instance, ALL casks of 1907er Doctor by Wwe Dr. H. Thanisch sold for a higher price than any other cask auctioned off that year, be them by Egon Müller, Prüm or von Schubert.

We understand why, already a century ago, wine lovers went mad about the Doctor. With age, Doctor wines develop into some of the most beautiful and finest expression of Riesling anywhere in the world. In fact, we have been admirers of Doctor wines ourselves since we fell in love with Mosel wines. The terroir is truly mythical.

However, not all parcels are in the hands of the above Estates. Two small parcels belong to the Weingut Lauerburg and two parcels (totalling 0.26 ha) belong to the Heilig-Geist Armenspende in Bernkastel, a charitable institution bestowed with some prime vineyards around Bernkastel.

Instead of tending the vineyard itself, the Foundation leases its holdings to local growers. Over the last few decades, the Thanisch and Wegeler Estates had essentially shared the leases of the two parcels in the Doctor between them.

The lease of these two parcels got renewed these days and the result is quite a break with recent habits: Markus Molitor and Thomas Haag from Weingut Schloss Lieser, arguably two of Mosel’s most talented wine growers, have successfully bid for these parcels. As of 2016, they will join the exclusive club of "Doctor Estates."

Both Estates have been looking to expand their holdings. Markus Molitor famously participates in the revival of the Ockfener Geisberg engaged earlier this year. Schloss Lieser took on parcels in the Wehlener Sonnenuhr in 2014.

Asked about his motivation, Markus Molitor humbly put forward the honor of working such a prestigious vineyard: "The Bernkasteler Doktor is one of the most prestigious and fascinating vineyards of the whole region. It is simple an honor for any winemaker to work a parcel in such a vineyard. That's why I grasped the opportunity offered by the lease renewal and look forward to this new exciting challenge."

For Thomas Haag, the motivation lied in spreading his holdings somewhat geographically as well as adding a great "Grand Cru" vineyard to his portfolio: "We experienced some severe losses due to hail in Lieser a few years ago and I was looking at taking on some Grand Cru vineyards to somewhat spread my holdings geographically. Over the last two years, I had the chance to consolidate some parcels in the Wehlener Sonnenuhr. A parcel in such an illustrious vineyard as the Bernkasteler Doktor proves a unique opportunity and an honor. I can't wait to start tending this prized plot and, above all, tasting its results!"

We too are very much looking forward at how these two leading wine growers will express the unique and prestigious Doctor terroir.

Markus Molitor engaged into the revival of a Saar glory: Geisberg >>>

Schloss Lieser extends its holdings into the Wehlener Sonnenuhr >>>