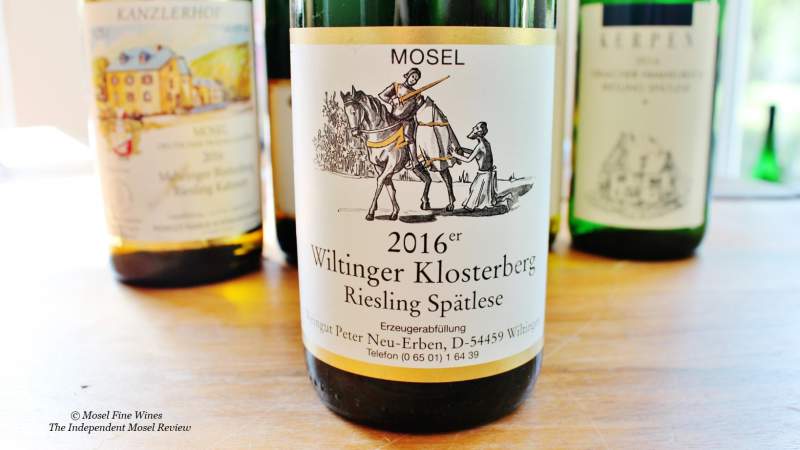 The 2017 Bernkasteler Ring Auction delivered a whole string of fine values, among which a stunning Spätlese by the lesser-known Peter Neu-Erben Estate. Time for a closer look.

The Bernkasteler Ring has been holding an annual Auction almost every year since 1899, at which its members sell some of their finest wines. At this year’s 2017 edition, many wines came from the latest vintage (i.e. 2016) but also some great mature wines went under the hammer (see our Mosel Fine Wines Issue No 37 - August 2017).

With a few notable exceptions, the 2017 Auction saw moderate prices at all levels, from dry right up to TBA. This concerned as well wines from the latest vintage (i.e. 2016) as well as some of the mature wines. We will provide with a detailed account in our upcoming October Issue.

One of the wines which shone through at this year’s Auction was the 2016er Wiltinger Klosterberg Spätlese by the lesser-known Weingut Peter Neu-Erben. Time to have a closer look at this fine Estate.

Weingut Peter Neu-Erben is probably unknown to most wine lovers around the world. Yet the Estate has a history going back generations. The Neu family has been active in winemaking since the 18th century. Peter Neu set up his Estate at the end of the 19th century. Today, it includes 2.4 ha of vineyards spread around Wiltingen.

The style of the Estate is one of superb lightness and elegance. In some ways, one may think of the Estate as the Merkelbach of the Saar with similar aromatic presence and playfulness. 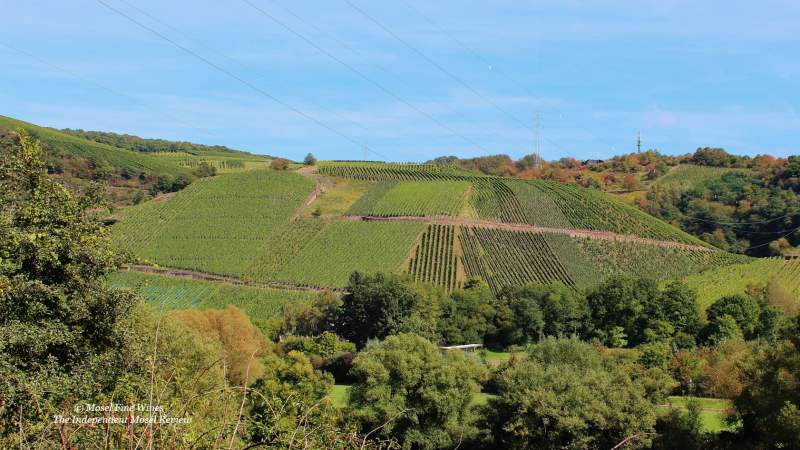 The Estate’s pride are a set of parcels in the original Wiltinger Klosterberg, i.e. the sector situated just next to the Gottesfuss which had been classified in the highest category on taxation maps in the 19th century.

The Estate brought its fruity 2016er Klosterberg Spätlese to this year’s Auction. This wine is made with ambient yeasts from fruit harvested on 50 year-old un-grafted vines. Already in the last few years, this wine proved superb (a few years back, we wrote an ode to Mosel wine after re-tasting the Estate’s 2014er Klosterberg Spätlese Auction).

As cherry on the pie, this wine sold for a modest €13*, making it one of the finest values at this year’s Auctions.

A full report on the Bernkasteler Ring Auction 2017 as well as many other recommended wines from the 2016 vintage, among which GGs from Bernkasteler Ring members, will be included in the upcoming Mosel Fine Wines Issue No 38 to be released in October 2017.

You are not yet a subscriber and wish to get this Issue? Subscribe free of charge by registering yourself here below.

* Prices indicated in this article are hammer prices, i.e. before broker commission, sales tax and possible customs and shipping costs.

This 2016er auction wine comes from the prime original sector of the Wiltinger Klosterberg situated close to the Wiltinger Gottesfuss. It starts off by developing a gorgeous nose of peach, juicy minty herbs and fine slate. The wine proves gorgeously playful and zesty on the palate, with stunning aromatics delivered with feather-light precision. It leaves a superbly juicy feel of pear, melon and white minerals in the long and ethereally smooth finish. Once again, this tiny Estate crafted a hugely remarkable wine from this prime and still completely under-rated sector of the Klosterberg. 2024-2041