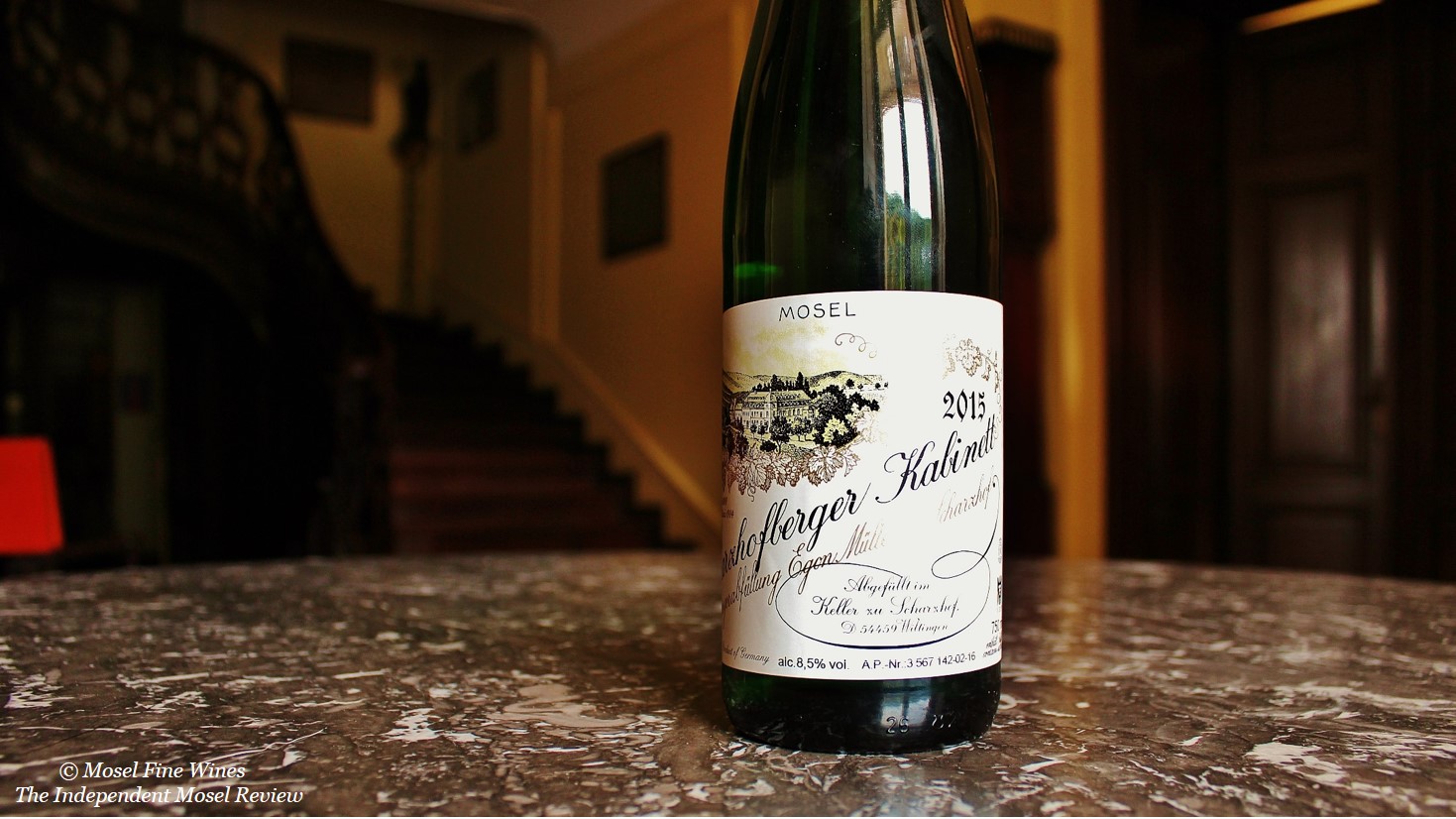 Unsurprisingly, the mythical Egon Müller Estate hit the bull’s eye in this vintage, among others with this majestic Kabinett.

Few vintages have been as hyped as 2015 and there is some truth in it. 2015 yielded some stunning wines, and this in all stylistic directions.

But not everything that shines is gold. At its heart, 2015 is a ripe vintage, pepped up by glorious zest, with many wines on the powerful side. Only the very best wines will turn into classics in a decade or two.

Not surprisingly, the mythical Weingut Egon Müller hit the bull’s eye in 2015, including with one of the best Kabinett it ever made.

What is there to say about the Weingut Egon Müller that has not yet been said? It has been hailed as the pinnacle of Saar Riesling since 150 years, selling its casks at prices rarely topped by others. Its wines from the Scharzhofberg (and later Wiltinger braune Kupp) are revered the world over. Some honor it as "the Romanée-Conti of Riesling", and this not without reasons. Or is Romanée-Conti the Egon Müller of Pinot Noir? Such is the reputation of this Estate.

The Estate oozes history and finds its inspiration in tradition. Also the tasting process has not changed much since the 19th century. Upon entering the Estate, the wine merchant or journalist will find the full collection of wines on a table at the entrance. Each wine will be served in one glass, ready for tasting. Egon Müller will fade into the background, let his wines do the talking and answer any question the tasting guest may have. Books from the 19th century describe exactly the same process as being the norm at the grand Estates of the time. 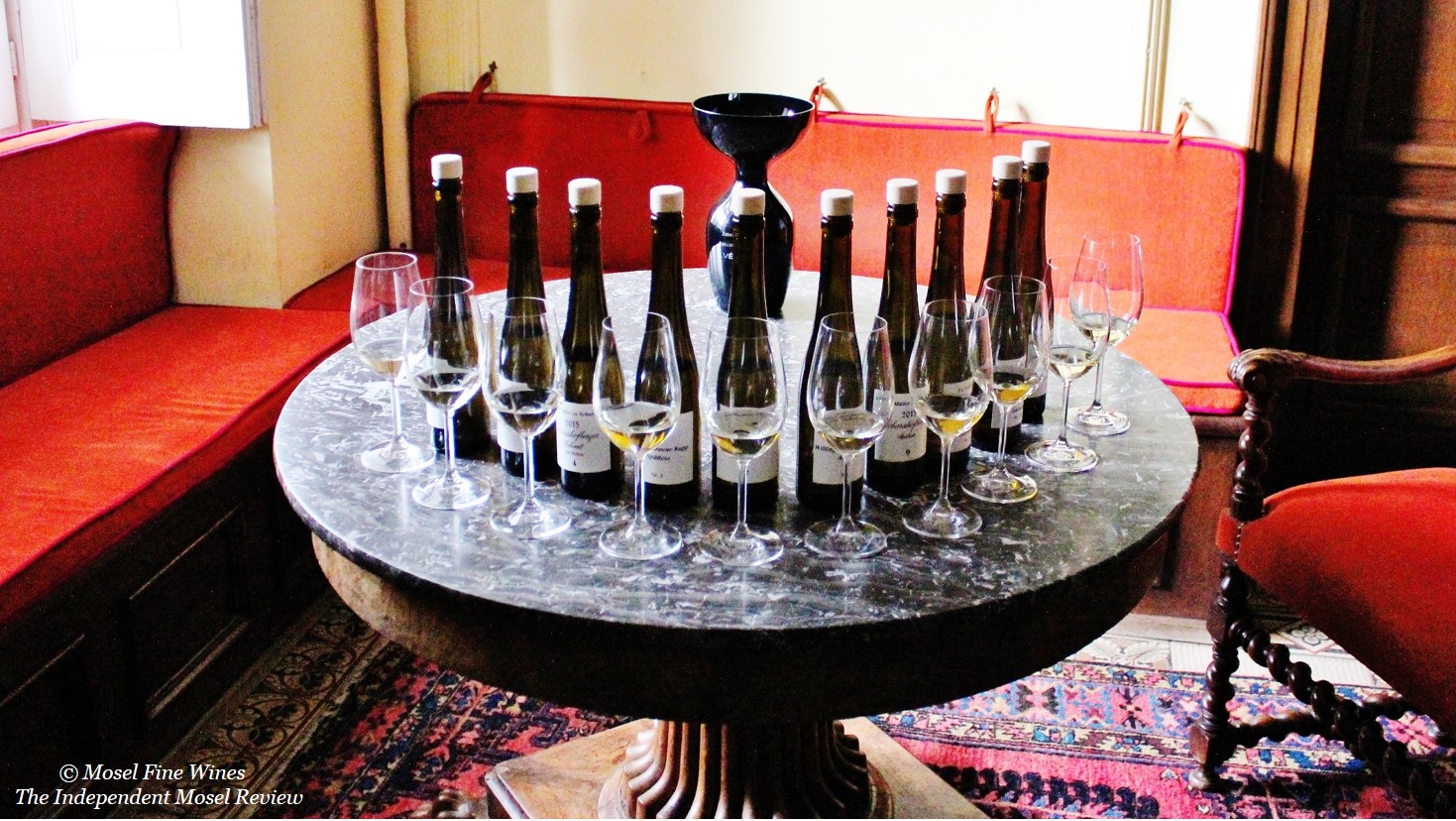 Besides a deep link to history, truly great Estates have three major strengths. They remain true to their style, master “difficult” vintages and give one goose bumps in top vintages. This is exactly what happened with the Weingut Egon Müller in 2015. It hit the bull’s eye and delivered one of the most exciting collections we have ever tasted at this Estate. The wines are simply amazingly pure and elegant and remind us of the Estate's great wines from 1990.

No report on the Weingut Egon Müller would be complete without addressing the P-word: Price. The liquid gold crafted by Egon Müller is highly sought-after and sells at the price of ... gold: Its TBA regularly top the price of the world’s most expensive wine, as the 2003er Scharzhofberger TBA did again at last year's Auction. Even the regular Scharzhofberger Kabinett will be more expensive than most Mosel wines, including Auslese or even Auslese GK, at other Estates.

We will not debate whether these wines are “worth it or not” as this is essentially a matter of choices and means. However, we would provide the following advice: Should you "only" indulge into a few bottles of Egon Müller now and then, 2015 is one of those major vintages to go for.

The Kabinett wines at Egon Müller have always been slightly different from those made at other Estates. At most Estates, Kabinett had evolved by the 1990s to a light fruit-driven wine with typically 7.5-8.5% of alcohol and 50-60 g/l of residual sugar.

To understand the philosophy behind the Egon Müller Kabinett, one needs to go back at the origin of the word. Kabinett (with a K) was first introduced in the wine law of 1971 a a replacement for the term Naturrein, i.e. an unchaptalized wine made from regular grapes (not harvested late).

Prior to 1971, Naturrein wines typically had 20-30 g/l of residual sugar (wherever the yeasts stopped their fermentation). Egon Müller has always stuck to this original philosophy of Kabinett and its Kabinett typically have 9.5-10% of alcohol and 30-40 g/l of residual sugar. He has been on air, saying that “if I could get rid of the word Kabinett and still be able to indicate that the wine is un-chaptalized, I would rather do it today than tomorrow.”

The Kabinett style pursued by Egon Müller yields wines with more structure and delineation than your typical Kabinett without compromising their ageing ability. Lately, many more Estates, among which the Weingut von Kesselstatt, have also reduced the levels of residual sugar in their Kabinett in order to achieve a similar goal. 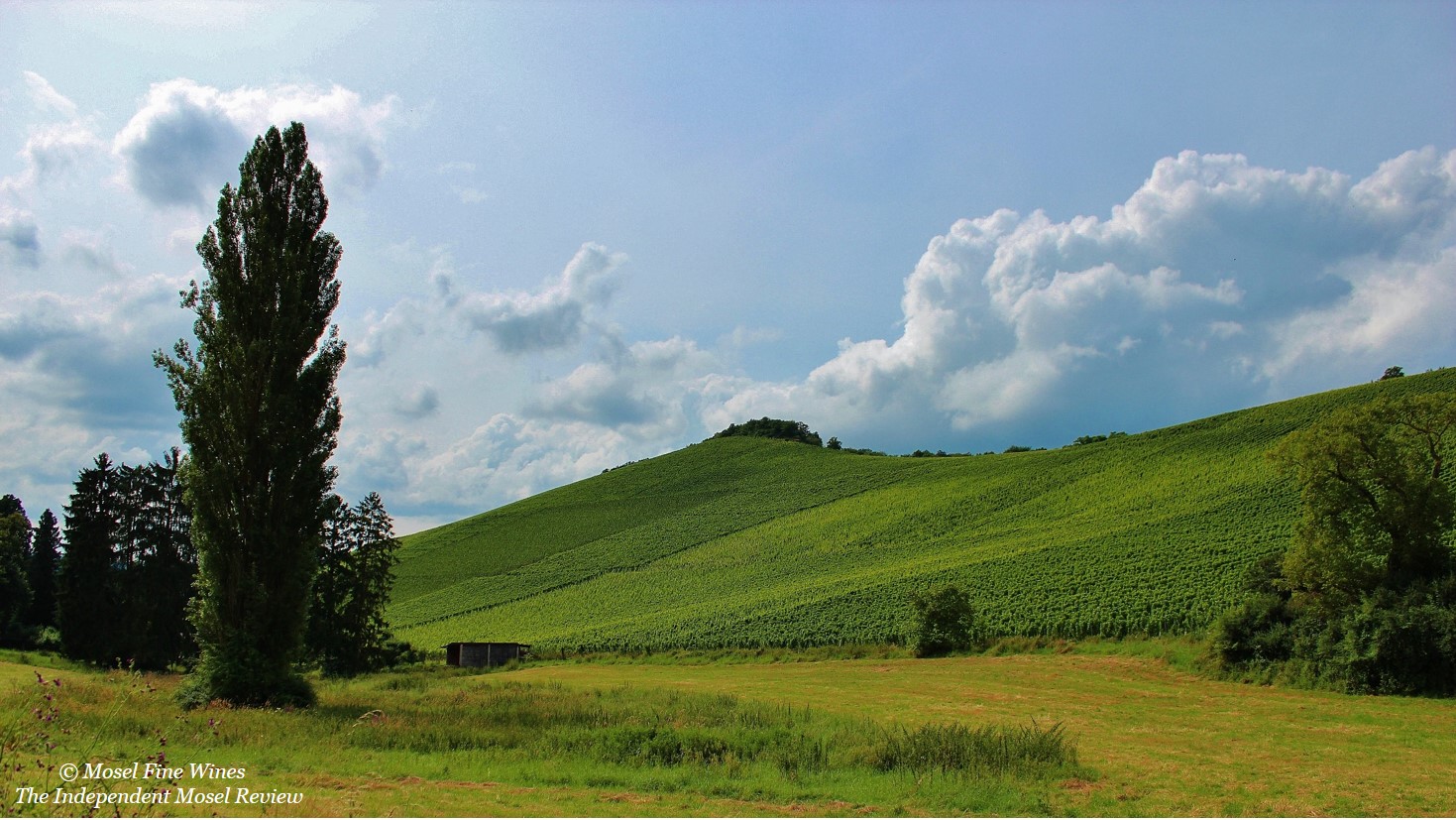 The 2015 Scharzhofberger Kabinett by Egon Müller proves simply stunning. While being seemingly non-saying and almost shy at this early stage, the complexity, depth of aromatics and precision in the finish already hints at stuff of legends. This will rank among the best Kabinett made at the Estate, alongside the 2001, 1990, etc.

Besides affordability, the biggest challenge will be to find some of these gems. We wish all the best of luck to Mosel wine lovers in laying their hands on a few bottles of this jewel.

The complete awe-inspiring 2015 collection by Egon Müller was reviewed in Mosel Fine Wines Issue No 31 (Jun 2016).
You are a subscriber and miss this Issue? Simply send us a request by email and we will be happy to send you a copy.
You are not yet a subscriber and wish to get this Issue? Subscribe free of charge by registering yourself here below and ask us for a copy by email.

Quite shy and even non-saying at first, this only gradually reveals gorgeously elegant and beautifully integrated scents of cassis, grapefruit, pear and flowery herbs on the nose. The wine proves finely spiced on the palate and oozes freshness and elegance as zesty acidity provides focus to the brilliant core of minerals running through the wine. The wine is still on the backward side, both flavor wise and in the finish, but the balance and elegance are simply stunning. This will need time to develop aromatically but should then prove a great vibrant rendition of a Scharzhofberger Kabinett. In many ways, this reminds us of a slightly deeper version of the brilliant 1990. What a spectacular wine in the making! 2025-2040

A legendary Auslese by Egon Müller >>>